A game where exploiting bugs is the only way to progress.

So you found out you live in a simulation? At least you have this cool new job finding bugs in reality! Don't think like a player, think like a tester.

Download the PC version for a slightly better experience

THIS GAME IS THE BEST ITCH.IO GAME (KARLSON IS BETTER THOUGH)

i won with four

Good game, it was still hard though

the game was fun but dang there where to many glitches :C

The game is all made out of bugs 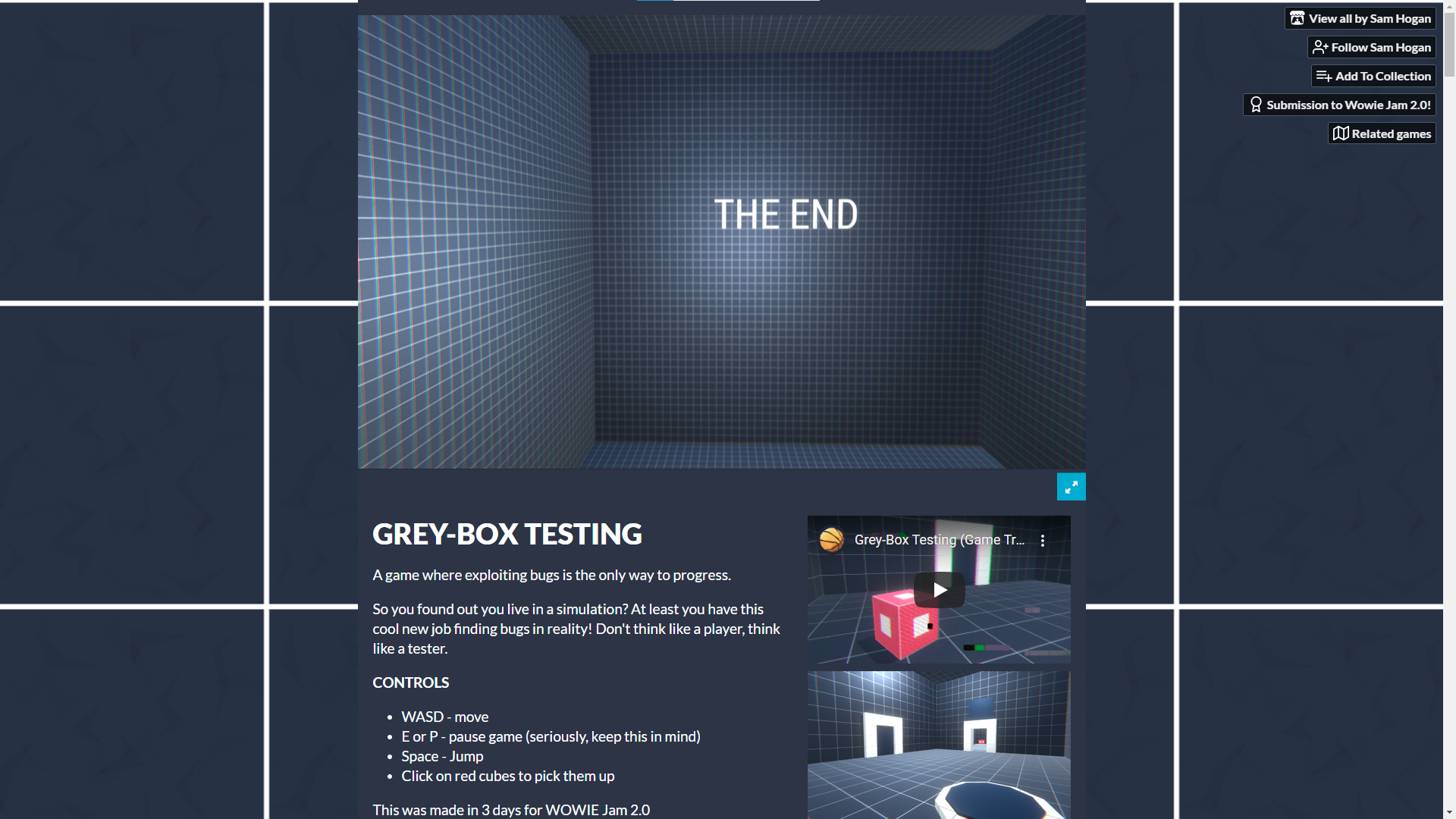 Hey can you please fix some bugs? I found some and the bug is called "This game is a funny joke"

woah he found a bug dude fix it :)

Please fix the game it is too glitchy

the game has bugs but thats the game a bug game

I think I found an unintentional bug-if you time it right, you can use the yellow slider to push a box halfway through the wall, then once your through, you can pick it up and use it to glitch jump over everything.

they are on purpose

I LOVE THE GAME!

I won the game!

It's refreshing to be motivated to find bugs for a change!! The game has such a good concept and I hoped I would not see the end of it so soon.

The narration is amazing, I enjoyed every voiceline ^^

If you are looking for a quick, fun game, look no further.

its bad, it has a lot of bugs, pls fix

but the theme was intentional bugs i watched the youtube video

I love this game, nice job on the voice acting, and the secret ending.

Is the secret ending getting pushed by the yellow platform into nothingness?

no  you have to glitch yourself out of the map... but how I can not tell you, because its a secret

Well, getting pushed by the platform into the void is one way of doing it. But I guess it's not the intended way, I'll try again later to find the secret ending.

I kept getting ALL THE BOXES THRU I GLITCHED  EVERY BOX THRU THE END WAS IT POSSIBLE??!?!?! OR DID I JUST MAKE A BUG THAT WASNT INTENTIONAL?!?!?

Loved the voice acting and narration! It's a fun game that gave me "The Stanley Parable" vibes (And I love that game so it's a compliment!). I don't know if you're thinking of expanding this OR creating similar games but I really did enjoy this, so thanks for making it!

i am playing on mobile, and i have no idea how to move

there is no way, u need a keyboard and mouse for wasd

I Really can image this like a very cool game that can be expended. One mechanic that I think that woul be awesome, would make sense and be great to resolve pratical problens would be something that says the bug X has been fixed. Like in the first roon, after you pass through the it would say in the corner: "Walls collision bug fixed". So you would no long need to try to pass trough any other wall after this. And you could like don't fix some bug, like G didn't notice, and the player would hnow that you can use it later. I really think this games could receive a inprovement and made it awsome. It could be like Stanley Parable, you trying to figure out the fourth wall secrets and mechanics, it woul be incrideble.

If you agree, comment or like. Maybe we can make Sam get inspired, or just see and say NO!!

phenomenal!! what a creative game!

can some one please make a macOS version???

you could use the browser version

Reply
my thing29 days ago

I just, fell into the black void.

whoops! you noclipped out of reality! now get ready to face some entities

don't ye like it when you go into a infinite lobby that has a carpet so moise, fungi grows on it and you have to rely on wall paper for food? and mabye go through 8 other levels or mabye more?

this is literally such an amazing game!! i love the idea and the concept and the execution ahhhh. everything is so cool!!!

its a bug, you can only do it sometimes

Yess i took all of them and flew to THE END thing.

did you include the 5th one

at the start of the game if you know there is the pause feature you can bring the first cube with you though it is expected to be left on the first switch. This doesn't let you do much though

ye, you cannot do anything with it, you'll just lose the block and you have to abandon the block so it just stay at the place where you jump on the block.

Yeah, I challenged myself to get to the end with all 4 cubes. Only took 2 attempts

(not counting the gold one) 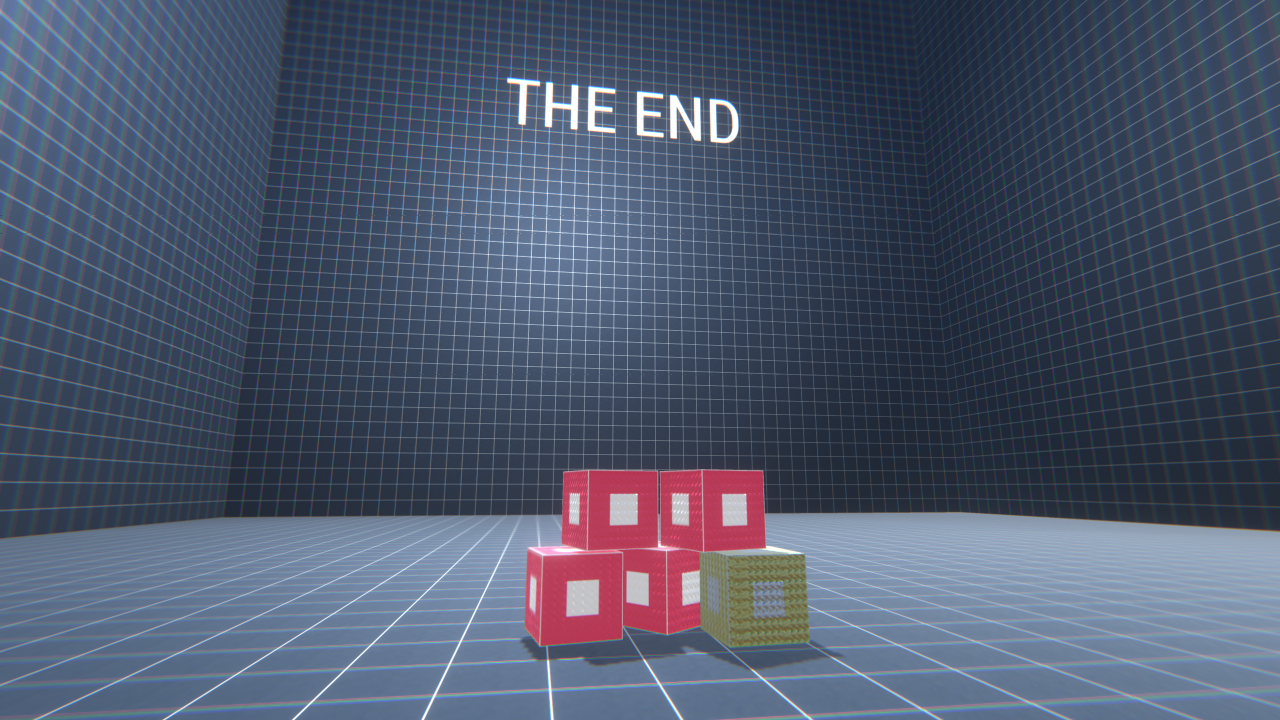 I didn’t see that when I got to the end

How did you get the golden cube? i haven't seen it anywhere in the game

I beat the game it was fun

It is a very good game.

Glich: hold a block and pause the game it’s a low gravity glich and you can still move around

Your supposed to do that 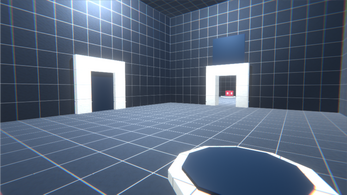 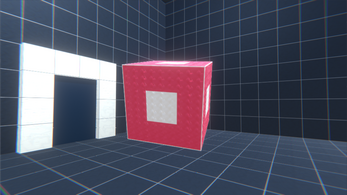 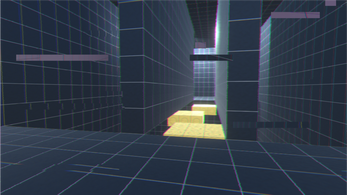 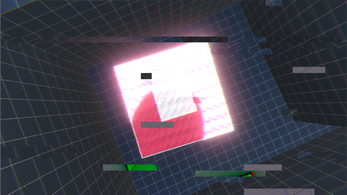